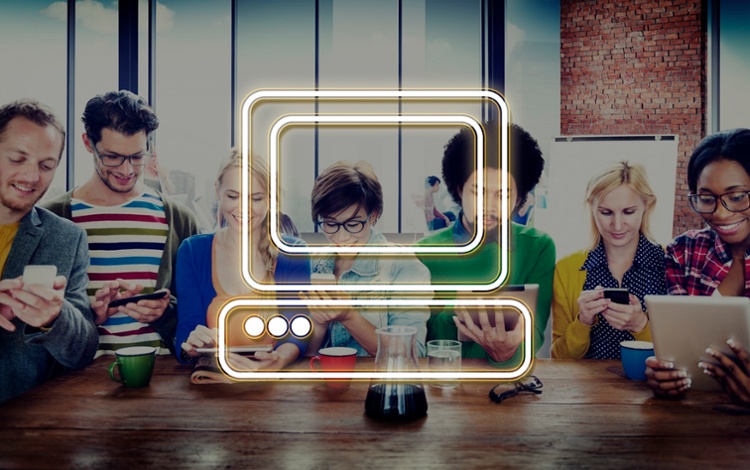 Technology is changing the face of many industries and services – including finance. Over the last few years, IoT and new technologies combined with customer needs, have opened up space for disruption. We believe there is still a lot more to happen as fintechs emerge and AI and blockchain gain adoption.

So we wanted to share with you 10 tech and finance trends that can change the way we do finance in the near future. Happy reading!

For a long time, new market entrants found it difficult to break into the financial services industry.

Well, not any more. FinTech disruptors have been finding a way in. Disruptors are fast-moving companies, often start-ups, focused on a particular innovative technology or process in everything from mobile payments to insurance. And, they have been attacking some of the most profitable elements of the financial services value chain. This has been particularly damaging to the incumbents who have historically subsidised important but less profitable service offerings. In the recent PwC Global FinTech Survey, industry respondents told that a quarter of their business, or more, could be at risk of being lost to standalone FinTech companies within 5 years.

Global investments in FinTech more than tripled in 2014, reaching more than $12 billion. In comparison, banks spent an estimated $215 billion on IT worldwide in 2014, including hardware, software, and internal and external services. This is a material number, and because it is so highly targeted, the FinTech spending will really make an impact.

2. The sharing economy will be embedded in every part of the financial system

By 2020, consumers will need banking services, but they may not turn to a bank to get them. Or, at least, maybe not what we think of as a bank today. The so-called sharing economy may have started with cars, taxis, and hotel rooms, but financial services will follow soon enough.

In this case, the sharing economy refers to decentralised asset ownership and using information technology to find efficient matches between providers and users of capital, rather than automatically turning to a bank as an intermediary.

3. Blockchain will shake things up

Several industry groups have come together to commercialise technology and apply it to real financial services scenarios. This surge in funding and innovation is expected to continue as blockchain and FinTech move from a largely retail focus to include more institutional use. And while many of these companies may not survive the next three to five years, we believe the use of the blockchain “public ledger” will go on to become an integral part of financial institutions’ technology and operational infrastructure.

Two decades ago, many large financial institutions built “e-business” units to ride a wave of e-commerce interest. Eventually, the initial “e” went away, and this became the new normal. Internet development, and large technology investments, drove unprecedented advances in efficiency.

Today’s “digital” wave has the same markers: separate teams, budgets, and resources to advance a digital agenda. This agenda extends from customer experience and operational efficiency to big data and analytics. In financial services, we have seen this approach applied to payments, retail banking, insurance, and wealth management, and migrating toward institutional areas such as capital markets and commercial banking.

5. “Customer intelligence” will be the most important predictor of revenue growth and profitability

Once, customer intelligence was based on some relatively simple heuristics, built from focus groups and surveys. These were proxies for real, individualised data about consumer behaviour, and the results were pretty hazy. Now, technology advances have given businesses access to exponentially more data about what users do and want. It is an amazing opportunity for whomever can use analytics to unlock the information inside, to give customers what they really want.

6. Advances in robotics and AI will start a wave of ‘re-shoring’ and localisation

We are already seeing alliances between leading incumbent financial services and technology companies, using robotics and AI to address key pressure points, reduce costs, and mitigate risks. They are targeting a specific combination of capabilities such as social and emotional intelligence, natural language processing, logical reasoning, identification of patterns and self-supervised learning, physical sensors, mobility, navigation, and more. And they are looking far beyond replacing the bank teller.

Already, some robots can sense the details of their environments, recognise objects, and respond to information and objects with safe, useful behaviours. (Sceptical? You shouldn’t be. Self-driving cars have performed very well in real-world tests.) Over time, they will be able to perform not only more tasks, but more complex tasks. Service robots are in the early stages of a long development cycle, and they still face some big technological hurdles. In the next three to five years, we expect modest, evolutionary gains. After that, though, we anticipate rapid gains, as new models combine increasingly powerful and standard modular platforms with the ability to learn.

7. The public cloud will become the dominant infrastructure model

As significant as the shift toward cloud-based computing has been, it is just getting started. Today, many financial institutions use cloud-based software-as-a-service (SaaS) applications for business processes that might be considered non-core, such as CRM, HR, and financial accounting. They also turn to SaaS for ‘point solutions’ on the fringes of their operations, including security analytics and KYC verification. But as application offerings improve and as COOs and CIOs get comfortable with the arrangements, the technology is rapidly becoming the way that core activity is processed. By 2020, core service infrastructures in areas such as consumer payments, credit scoring, and statements and billings for asset managers’ basic current account functions will be well on the way to becoming utilities.

8. Cyber-security will be one of the top risks facing financial institutions

Financial services executives are already depressingly familiar with the impact that cyber-threats have had on their industry. In PwC’s 2016 global CEO survey, 69% of financial services’ CEOs reported that they are either somewhat or extremely concerned about cyber-threats, compared to 61% of CEOs across all sectors. Unfortunately, it is not likely to change for the better in the coming years, due to the following forces:

9. Asia will emerge as a key centre of technology-driven innovation

Around the world, the middle class is projected to grow by 180% between 2010 and 2040; Asia’s middle class is already larger than Europe’s. By 2020, the majority share of the population considered “middle class” is expected to shift from North America and Europe to Asia-Pacific. And over the next 30 years, some 1.8 billion people will move into cities, mostly in Africa and Asia, creating one of the most important new opportunities for financial institutions.

These trends are directly linked to technology-driven innovation. Initially, as developments in agricultural technology improved labour productivity, rural workers began migrating to cities in search of better opportunities. At first, they found jobs in capital-intensive industries like manufacturing for the local market—and then, as technology drove quality improvements, for the global market. Meanwhile, advances in computing and telecommunications made it possible for Western companies to offshore certain support functions to places like the Philippines and India, creating relatively well-paying jobs. Over time, the trend has become self-reinforcing: more jobs in cities have led to better technology infrastructures in cities, which has attracted employers who can now serve global markets. The result: more urbanisation, and a growing middle class across the emerging markets.

10. Regulators will turn to technology, too

The use of technology and its implications are not limited to financial institutions. Regulators are rapidly adopting a wide range of data gathering and analytical tools, too. They are trying to learn more about individual institutions’ activities and overall systemic activity. They also hope to monitor the industry more effectively and to predict potential problems instead of regulating after the fact. Examples of this include the supervisory procedures and data requests tied to ‘stress tests’, asset quality reviews and enhanced reporting requirements coming out of Washington, London, and Basel. Using sophisticated analytical tools on large volumes of data, regulators can compare scenarios and address potential issues before they become full-scale market problems.